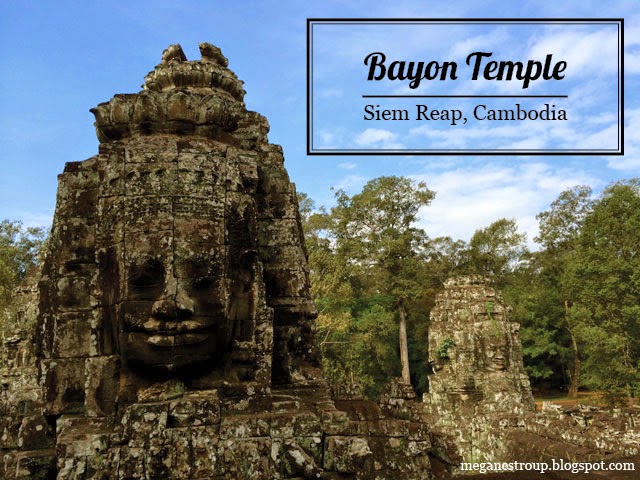 Last November, my husband and I honeymooned in Southeast Asia. We visited both Cambodia and Thailand, and though Thailand was the main part of our trip, I actually ended up loving Cambodia so much more. One of the first temples we visited was Bayon Temple inside the Angkor Thom complex. Whereas Angkor Wat, the largest and possibly most famous Hindu temple in the world, is one huge temple; Angkor Thom is one huge complex with multiple temples inside, including this one. 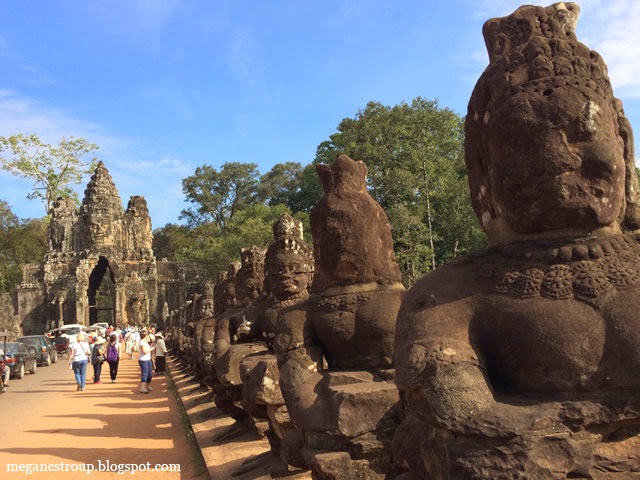 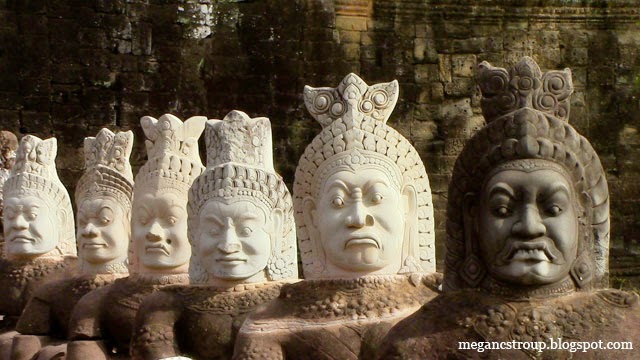 The bridge to the entrance of the temple is lined with gods and demons. The whiter statues you see here were restored after the Khmer Rouge, hence the newer appearance. Not-so-fun fact: Eighty percent of damage done to the temples in Cambodia has been caused by man (e.g. treasure hunters, religious conflicts, etc.), and only 20 percent has been caused by nature. 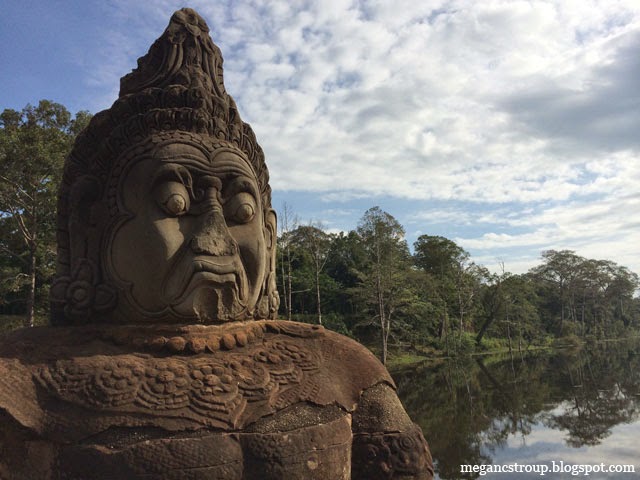 Practically all the statues on the bridge are restored, however, even this one, which appears to be older. Our guide told us the restoration team would purposely cause damage (such as breaking a statue's nose, as seen here) to make the restorations look more realistic. 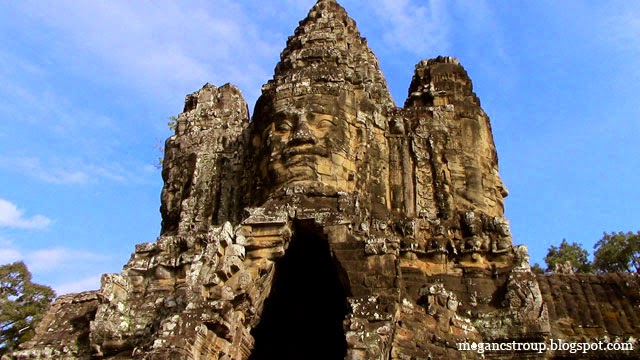 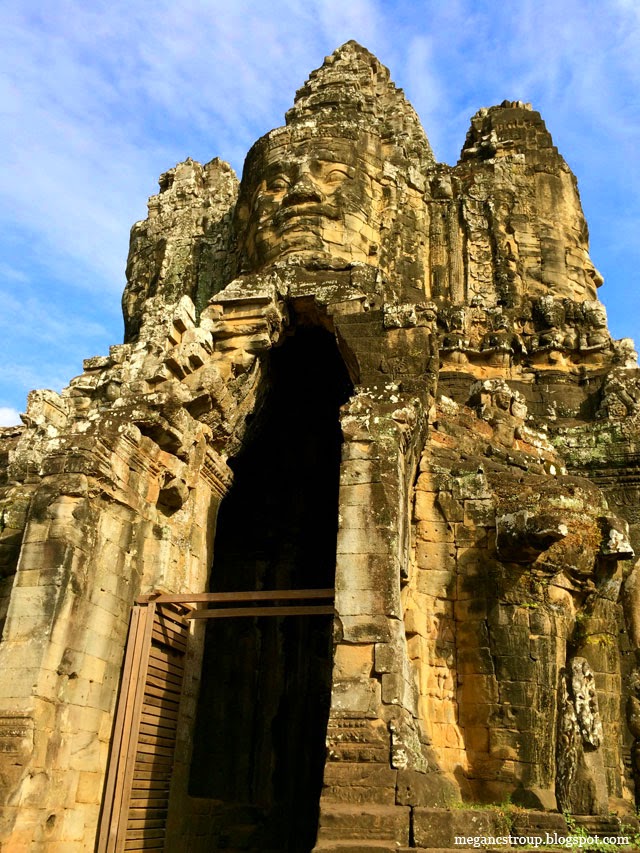 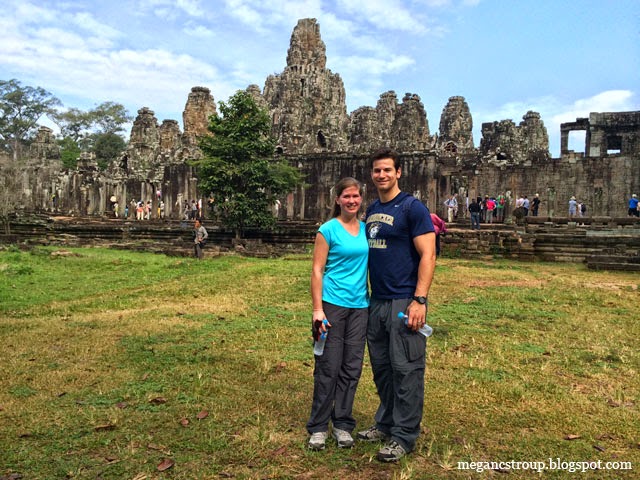 In case you were wondering, these hiking pants were definitely worth the price of looking like a dorky tourist. It is respectful (and often even required) to keep your knees and shoulders covered while exploring the temples, and these lightweight pants were much easier to move around in than a maxi skirt. Bonus: When we were done with the temples, I could zip the bottom off while we explored the city of Siem Reap or traveled between sites. Even in November, Cambodia is hot and humid, so being able to wear shorts was a blessing. 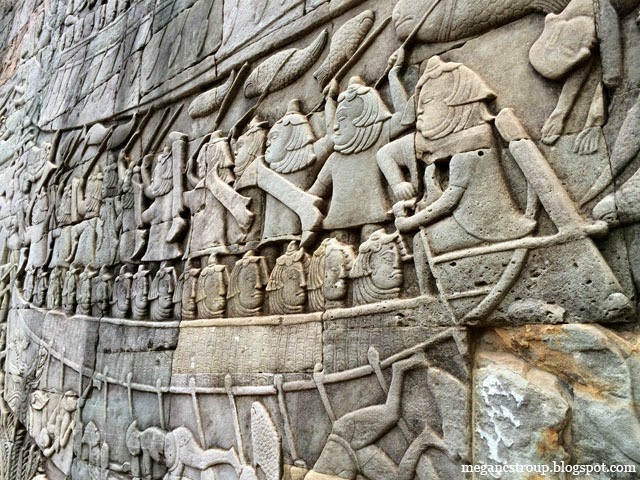 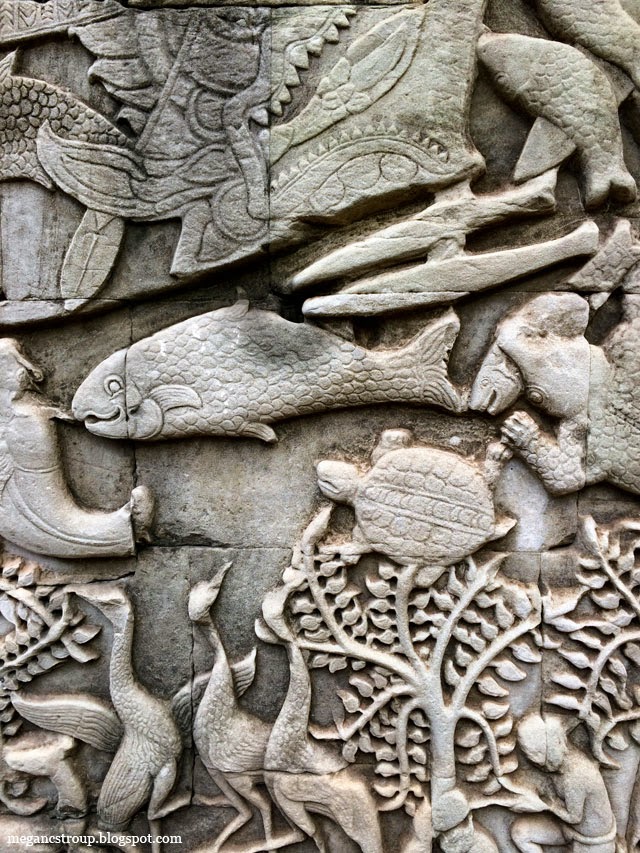 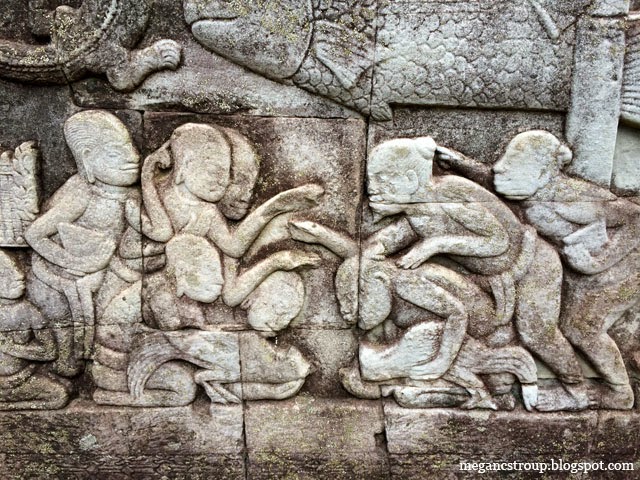 The carvings at Bayon Temple were positively amazing. Even with all this detail, the entire temple only took five years to build! 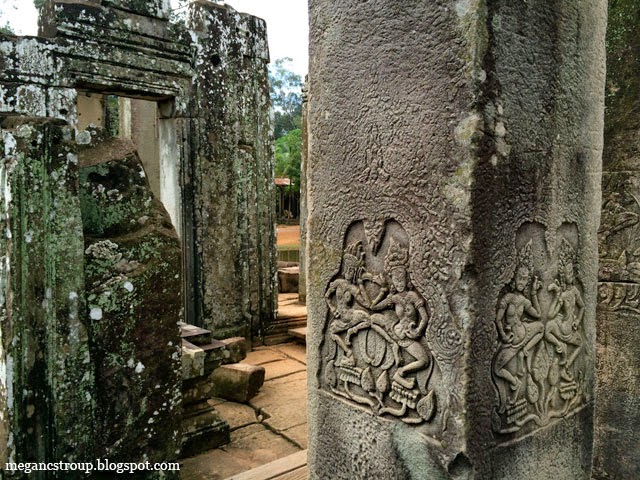 Many of the temples in Cambodia served as both Hindu and Buddhist temples over the centuries, depending on which religion was in power at the time. Above, you can see two blank spots where the Buddhist statues were removed when the country turned to Hinduism. Below, you can see how a carving depicting Buddha was altered to represent a Hindu god instead (e.g. the knees turned up). It reminded me of how people can alter their tattoos today when desired. 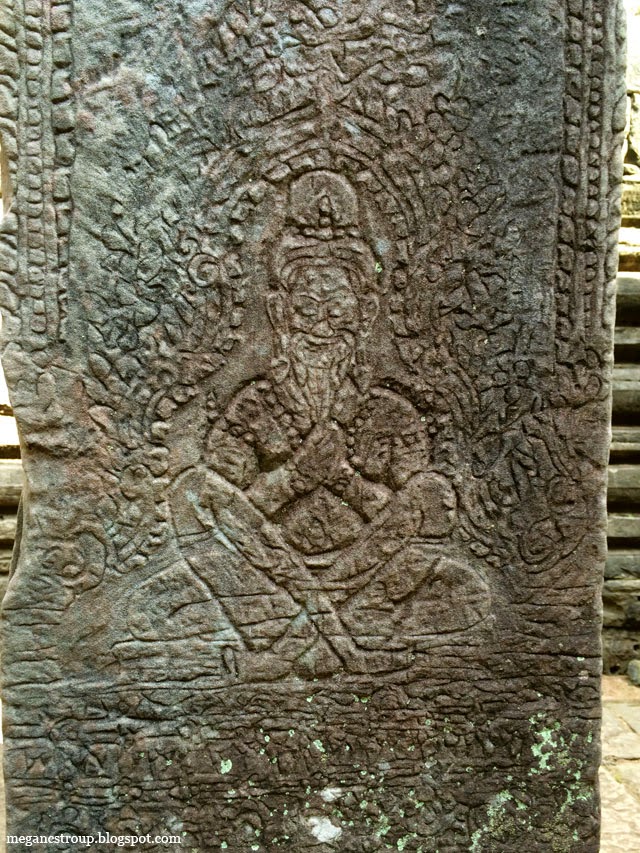 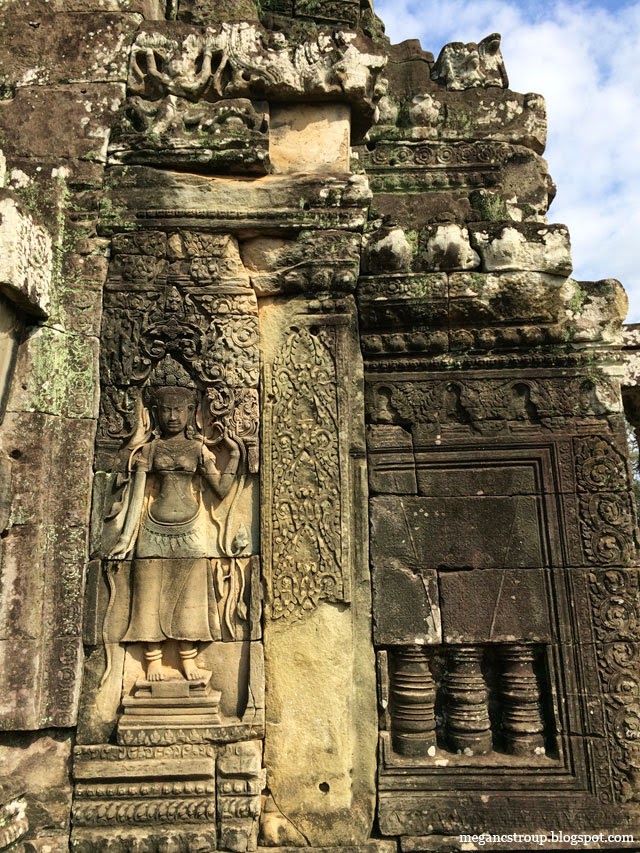 As we were leaving the temple, I was able to capture one shot without any tourists. Quite a feat in Siem Reap, I must admit! 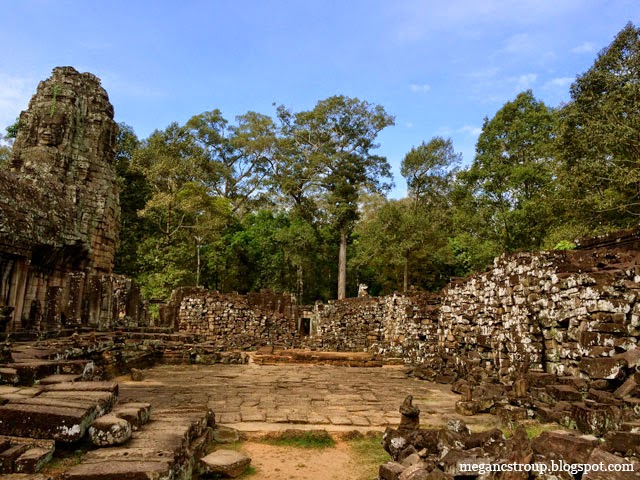 Stay tuned during upcoming Travel Tuesdays for photos from Banteay Srei, Beng Melea, Angkor Wat and other temples inside Angkor Thom. And after that: Thailand!

Linking up with Bonnie Rose for Travel Tuesday, Ash for Two for Tuesdays, and Nicole for Treat Yo'Self Thursday.
at 12:52 PM
Share