As you might know, I am a proud sorority woman who spent a year working for my international organization after graduating from college, so of course I was interested when A Greek Concept contacted me to ask about sharing an article on Semi-Charmed Kind of Life. Combating stereotypes is undoubtedly one of the toughest things about being in a sorority, and I definitely identified with the points included in post. Whether you're a sorority woman who has struggled with improving the Greek image or someone who has not experienced Greek life and wants to know more, the following post is definitely worth reading.

We’ve all done it – stereotyped someone else (or a group of someone elses) because we didn’t know any better. What terrible mistakes we make before we see the whole picture! Greek life is an automatic target for stereotyping. Truth be told, it isn’t right not only because it’s not fair, but also because sororities bring about so much good in the world! Read the follow myths to recognize some really amazing contributions that sororities make.

Myth 1: Sororities are all about booze and boys
Although sororities do facilitate a lot of social events throughout the years, the pictures that get posted on FB, or the parties heard about all over campus should not define the types of social activities administered by sororities. Parties and boyfriends are not all that matter – sorority life is what you make of it. If the focus is on booze and boys, you can easily achieve it. BUT if the focus is on finding a community, meeting your best friends, and figuring out your identity… booze and boys will be tossed to the wind.

Myth 2: Sorority girls buy their friends
Yes, being a part of sorority life means paying a fee. However, the annual costs to belong to a chapter never go toward purchasing friendships. In fact, this money is used solely to maintain the chapter, help put on events, and fund scholarships for women within the organization. What national organization can you join that does not require a membership fee? Also for the record -- just because there is a price to pay in joining a sorority does NOT mean that all girls who join are rich. Sororities do not require dues simply to weed out those who can’t afford the lifestyle. The reality is that they’re nonprofit organizations whose functionality requires a cost. 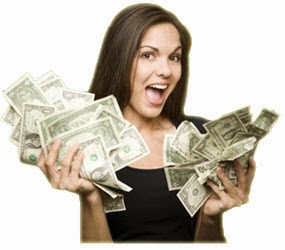 Myth 3: Sororities aren’t really beneficial
Many people think that sororities do not really benefit an individual in the long run. That all they offer is fake friends, a false sense of reality, and a bad reputation. Maybe you know someone who says sorority girls never go to class, or they don’t ever do their homework, and end up getting bad grades. Reality strikes again (and it’ll strike AGAIN here in a second) – sorority women are actually responsible to their chapter for their academic life. Part of the relationships of “bigs” and “family members” [or Diamond Sisters!] is to keep you accountable in ALL areas of life. Here comes reality strike #2 – the purpose of sororities was to present women with the opportunity to belong to a nonprofit organization that strives to affect, change, and better the world. What an AWESOME thing to stand for! We’d certainly say that mission is beneficial to anyone. Sororities today offer women the opportunity to make unimaginable connections, influence a large majority of a student body, and ultimately achieve goals with like-minded, best friends alongside you! We’d call that beneficial any day of the week.

Myth 4: Sorority girls are a bunch of elitists
That’s a complicated word for anyone to digest, but it’s extremely unwarranted in this group. Sororities require rigorous responsibility from their PNMs and members. It IS an exclusive group who gets in. Wouldn’t that make them elitists? Nope! An elitist is someone who thinks a) they’re better than everyone else and b) the group they belong to is better than everyone else. In reality, sorority women simply pledge to be wholly devoted to the cause and society of their chapters. To call them elitists would be to say that any sports team on a college campus is a group of elitists. YES – they’re exclusive. YES – they require responsibility and devotion. YES – they spend a lot of time together, and work toward a common goal. THAT, my friends, does not make up an elitist. 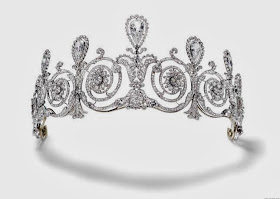 Myth 5: Hazing is a part of what they do
To pretend this isn’t a legitimate concern would be to downplay the reality that hazing does exist on college campuses. It’s a real thing that really happens to people. However, reassurance starts in the fact that 43/50 states prohibit hazing, and in all 50 states you will find protection from it. The best way to insure you’re safe and no hazing is taking place is to figure out your Panhellenic association’s view and take on hazing.

So, THINK before you speak out against sororities again. These stereotypes are real. And, the only way to change this is to bust these myths wide open!

Amy Furrow is the owner of A Greek Concept—an online retailer of licensed Greek merchandise. She’s got drive, heart, and passion – something Greek life is all about. From Sorority picture frames, tote bags, and jewelry, as well as Fraternity coolers, glassware, and travel accessories; A Greek Concept is filled to the brim with options for every Sorority sister or Fraternity brother.

Thanks for posting, Amy! I'm curious: Do/did you believe any of these stereotypes, whether you joined a sorority or not?

Note: I did not receive any compensation for publishing this post, either through cash, goods or services.
at 9:00 AM
Share