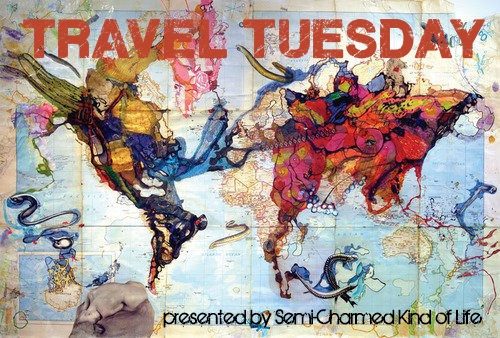 Okay, I lied. I only have four guest posts for you while I'm gone, but say hello to Angie from Angie Eats Peace! She is my fourth and final guest blogger during my European extravaganza, and I'm so glad she agreed to share her travels with us! Today she is sharing stories and pictures from China. If all is going according to schedule with me, I am chilling in Granada, Spain, right now! I probably won't be able to get any posts scheduled for the next two weeks, but I'll be returning to the blog at the end of the month when I make it back stateside. :) Read Angie's guest post after the jump....

I did not travel much while growing up; the first time I even went on an airplane was not until I was 20 years old. I spent the early part of my 20s absorbed in my education and starting a career. Once I was out of college and had a stable job, I was ready to make up for lost time. I was bit by the travel bug, hard! Luckily, my partner in life has similar travel aspirations and together we literally have the next few years of trips already picked out.


China was not somewhere we had planned for the immediate future. International travel was also not something we had planned on for this year. We went to Spain, Morocco and Portugal in the summer of 2012, and we have planned to alternate our years of travelling internationally with travelling within the United States.


However, in August of 2012, my best friend moved to Shanghai to begin teaching and the adventure of a lifetime. Once I was over the initial despair of my best friend moving away, I became opportunistic and started planning my inevitable trip.

We visited Shanghai for one week in March of this year. I took the longest flight of my entire life and crossed the ocean for 14 hours to land in a completely new world.

China was unlike anywhere I had ever experienced before. It was exciting to be in a culture so brazenly different from my own and walk among sites, smells and sounds I had not experienced before. There was plenty that shocked this sheltered American vegan. 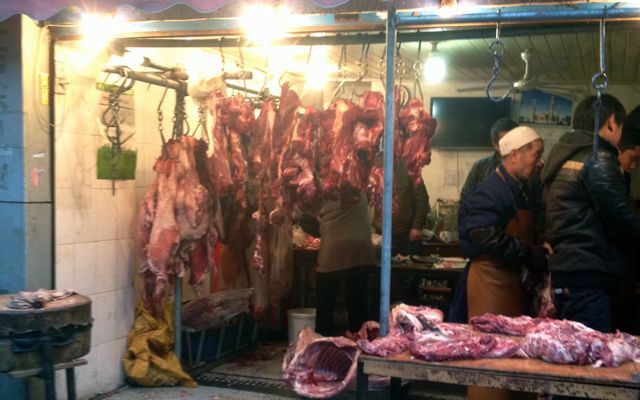 Shanghai is a big, bustling city and reminded me of a more frantic New York City. I did not think that it was possible for somewhere to be faster-paced than NYC, but Shanghai absolutely was.


The skyline of Shanghai was astonishing. The skyscrapers and diverse architecture had my neck aching from looking up as much as possible to soak it all in. 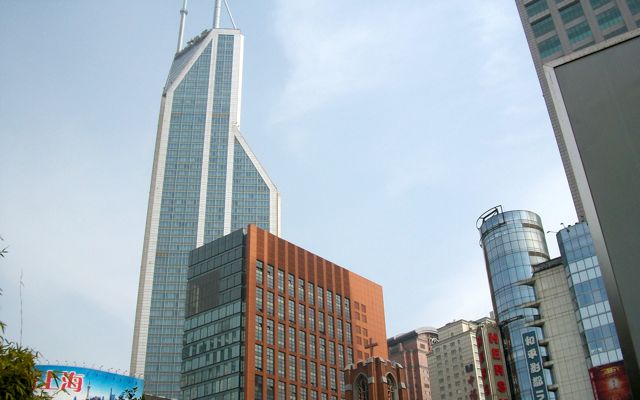 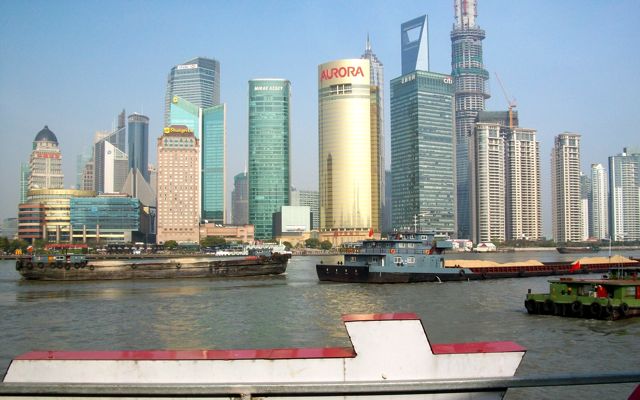 The highlight of the trip was the temples. We visited three while we were there. I found it inspiring how even in a city so noisy and frantic, there was a peace and calmness that could be found, once you entered the temple. Some of my favorite images of the temples: 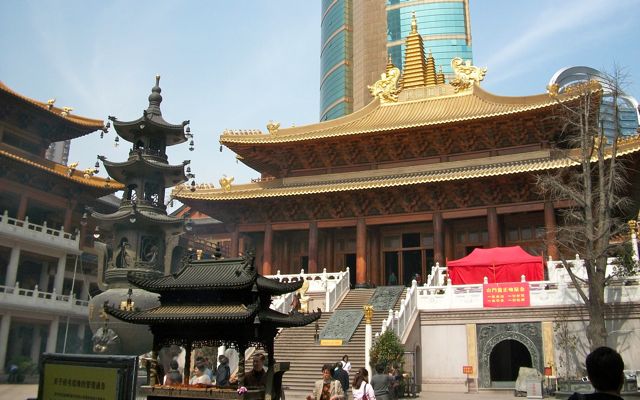 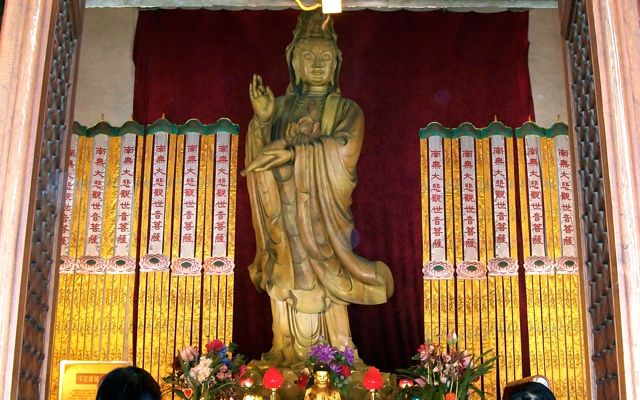 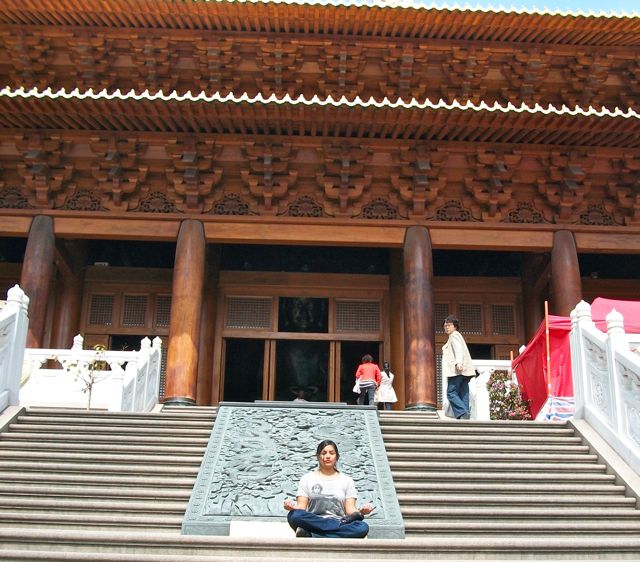 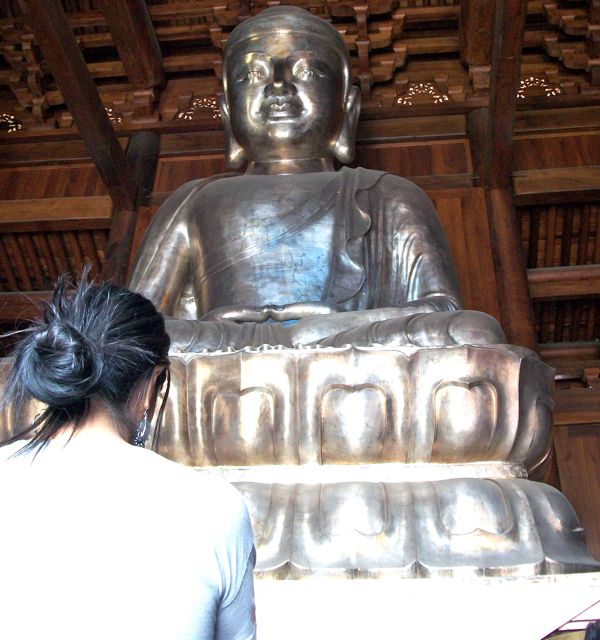 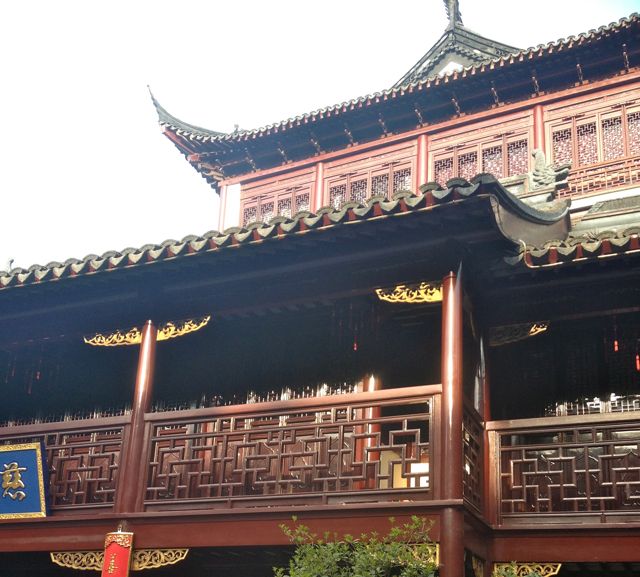 I found the Chinese to be incredibly kind and welcoming. They were patient with our limited Mandarin and would often be eager to practice their own English.

For such a big city with visitors from all over the world, the one thing I did not count on was how much I was stared at. I had a few people take pictures of me from afar sometimes discreetly (and sometimes not so much). I don’t know if it was because of how dark-skinned I am and perhaps they were not used to seeing that, but whatever it was, I definitely felt like I stuck out as someone who was different. It definitely gave me a new perspective on how someone else may feel, as a foreigner back in the states.

There was one day on our trip that we visited the water town of Zhujiajio. It was on the outskirts of Shanghai; it was more rural, quaint and quiet. We were told many times that “Shanghai was not China.” Shanghai was bustling and the embodiment of a big city, but that was not representative of the rest of China. I feel like we were able to get a small taste of the rest of China by visiting Zhujiajio. It was beautiful and zen-like. I hope to return to China someday to explore more cities and gain a better perspective of the country as a whole.

I really enjoyed my time in China. It is always a privilege to travel to another part of the world and gain a new appreciation for a different place and people so different from what you are familiar with. My next trips planned, over this coming summer are to New Orleans, Portland and backpacking through Bryce Canyon National Park. Come visit me over at Angie Eats Peace to follow my adventures along the way!

Angie is a tree-hugging vegan who blogs at Angie Eats Peace. She is a lover of bulldogs, books, running, yoga and green juice. You can follow her on Twitter or Instagram.
at 10:00 AM
Share