So, I'm usually not a complainer. (Or at least, that's what I like to think.) But despite all the amazingness that Grand Convention was (more on that tomorrow), there were quite a few things that went wrong this weekend (namely, today). So if you don't like to read complaints (and who does?) please skip this blog and wait for my much more positive report tomorrow. I don't want to lessen your opinion of me.

(Also, as a journalism major, I have to apologize for the irritating amount of parenthetical phrases in the last paragraph. And for this one.) 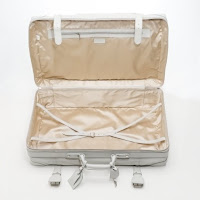 
1. I don't like to check bags. There are several reasons for this, but primarily I (a) don't want to pay for checked bags and (b) don't like waiting around for them at the baggage claim. Because sometimes they never come around the carousel. Like tonight.

The story: I packed my carry-on like normal and arrived at the gate in Phoenix, where I was told the flight would be very full, so the airline would be happy to check my bag for free. Because I was the only one in our group who was carrying on, I figured I would have to wait for their bags at the baggage claim anyway and should just check my bag. Bad decision.

Long story short: The carousel for my flight stopped without producing my bag, so after visiting both AirTran luggage offices multiple times and waiting around for approximately an hour, an attendant finally brought my bag over. I guess it got left behind at the gate and was put on the wrong luggage cart, so I had to wait for the next flight to land at that gate before they would bring my bag up. Or something like that. Yay. 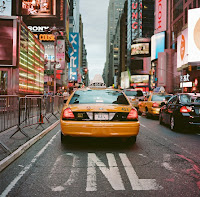 2. Sketchy cab driver. Like, really. Of course, I had told the other interns to head home because I didn't want them to have to wait with me for my bag (and of course, my bag showed up about five minutes later), but the rest of the interns were arriving a few hours later so I knew I could catch a cab with them. And this driver was sketchy. He wanted us to sign our charge voucher before we even left the airport. Excuse me? So you can write $200 on there and stick EO with the bill? No thank you. So I was distrustful from the beginning. Also, the child lock on my window was activated, which prevented me from protecting my face as we drove 70 mph down the freeway. My left ear was freezing.

3. Small disappointment. Looking back to Convention, my chapter didn't win the award we were hoping for (whomp, whomp), which put a little damper on the weekend. But speaking of awards, I have to remember that everything has a silver lining. And for all the things I've been complaining about, there are a lot worse things that could have happened.... 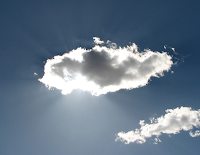 1. My bag could have not come in at all, and then I would have been in a little pickle before leaving the country on Friday. Or, I could have been on an international flight and stuck in a foreign country without any familiar clothes (eek!).

2. The cab driver could have actually overcharged us. Or kidnapped us and made lampshades out of our skin. Ew.

3. We could have not won any awards at all (and win awards, we did). And we're still up for the TOP LION of Alpha Delta Pi, the Golden Lion, at the next Convention!

So in retrospect, all the little things that went wrong really don't mean anything when I think about all the great things that I have in my life. What if I didn't have the chance to go to Phoenix this weekend? Or what if Alpha Delta Pi hadn't given me a bid? Or what if I couldn't even go to college in the first place?

I'll stop now before I get too mushy, but basically, I am thankful for a lot! Despite the negativity that began this blog. And now I shall sleep.